To prevent the danger from lightning we must know nature.Of lightning first

It is suitable procedure and method for the earth condition based on Faraday Cage principle together with Charge Dissipation elements at SiDAT Ions Dissipation Lightning Air Terminal transfer the lightning ions in the cloud and from common earth ,such system cases lightning charge transferring between the cloud and the earth through SiDAT Ions Dissipation Lightning Air Terminal gradually and naturally., thencasethebalance and neutral. As a result the accumulated charge at the cloud will not be enough to generate lightning strike around such area we called this process as a charge transfer process. However if  the cloud aggregates and corrects huge amounts of lightning irons rapidly without being transfer to be neutral in time, the lightning irons will be continue collected until reach the limitation after that there will be irons ddischarge process from cloud to the earth through the SiDAT Lightning Air Terminal which called lightning strike according to the conventional Faraday Principle.

In addition it also combing the principle of the same potential and equips potential of electric appliance, electrical system, communication system and all the lightning source together at common earth as international standards. Thus, these are efficient system which provide highest safety to personal and sensitive electronics equipment. 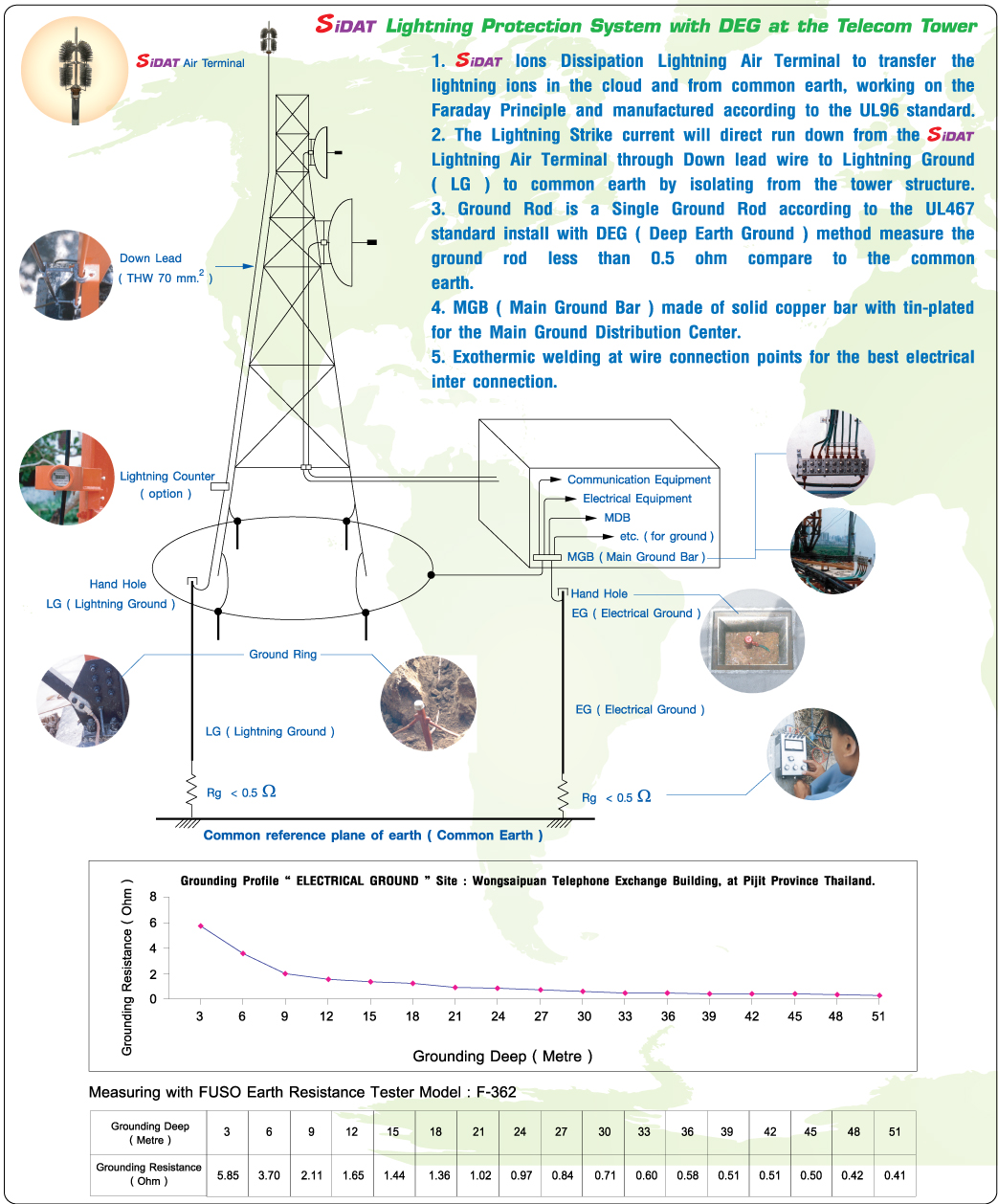