1. AC Line Surge Protector is the device for protecting the surge over voltage which induced into the low-voltage system (TN-C-S System)  1 phase 2 wire 230 Volt 50 Hz or 3 phase 4 wire 400/230 Volt 50 Hz caused by lightning or short circuit of the power transmission system or an on – off of the heavy current taken of electrical appliance and other causes, makes electrical / electronic equipment to be safety including the personal safety in the protected area .

2. STABIL AC Line Surge Protector can be protected on 2 type of surges as follows  :
2.1 Short Duration Surge (Transient) such as surge waveform of 10/350 uSec  and  surge waveform of 8/20 uSec  according to the IEC 61643-11-2011 and ANSI / IEEE C62.41-1991 standards.
2.2  Long Duration Surge (TOVs) which caused by several reasons such as a short circuit of the power transmission system, an On-Off of the large Capacitor Bank, an on – off of the heavy current taken of electrical appliance and other causes  which is the major reason of electrical / electronic devices to be damaged, and the TOVs has been mentioned in the ANSI / IEEE C62.41.1-2002 standard.

4. The major surge protection components such as Gas Discharge Tube (GDT) and / or Metal Oxide Varistor (MOV) are Epcos brand (formerly named Siemen) and UL1449 / CSA approval.5. The AC Line Surge Protector does not affect to the Load power consumption at all due to it connected in parallel with the electrical system. Therefore when the protector is damaged it can be removed for repair or replacement without any effect load, means the loaded are still working normally while the protector in maintenance or replacement.

Is the latest innovative technology to enhancement the surge protection performance of surges in electrical system. It can provides the protection on both short duration surge (Transient) and long duration surge (TOVs) in one protector  as for the best safety to  electrical / electronic appliances according to the ANSI / IEEE C62.41.1-2002. Standard latest edition.

How many problems are involve in the electrical system Sine Wave 220 Volt 50 Hz ? And how the standard has indicate about the Short Duration Surge (Transient) and Long Duration Surge (TOVs) characteristics ?

Surge caused from many reason such as lightning, how the surge get in and damage the electrical and electronic equipment ? And how to protect ?

How the AC Line Surge Protector works to protect from damages ?

The demonstration on how the AC Line Surge Protector works. 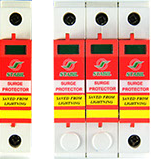 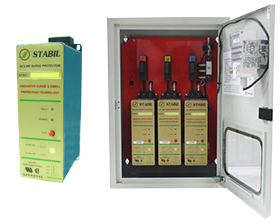 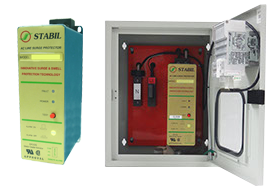 MIAB – M series
For Class I and Class I+II 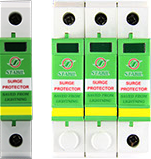 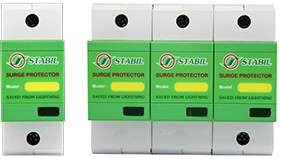 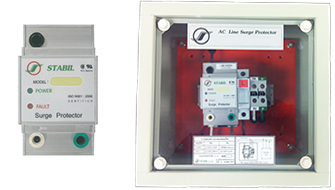 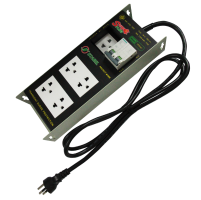