Answer: The AC Power strip today which built-in with Surge Protector can help to protect the electrical equipments from surge transient ( short duration surge), but not has the ability to protect against the long duration surge which known as TOVs (Temporary Over Voltages).

Answer: The Surge Protector features which need to consider are as follows :

5. A long argue about the Franklin Rod VS Early Streamer Emission Lightning Air-terminals.

Question: As STABIL long experienced in surge protectors and lightning protection system for more than 16 years, there’re a lot of questions asked that has the Early Streamer Emission ESE can actually works as there extreme protection advertisement ? as there price is several times higher than the standard lightning Air-terminal, which type of the lightning air-terminal that the buyers should be select for the lightning protection system which is the most worth than another ?.

In STABIL opinion, we should select to buy a standard Franklin Rod lightning air-terminal rather than the high cost of the Early Streamer Emission air-terminal as to save the cost and concentrate invest in making a good deep earth grounding system which will be more worth and cost effective.

4. Can the UPS work as a Surge Protector ?

Answer: The main function of UPS is to power backup the systems, means when the AC power line is failure the UPS will act immediately to supply the voltage for continuing to use the devices (Loads) which is connected behind the UPS. Since the UPS is installed in series with the electrical system and the load has connected behind the UPS, so when Extreme energy of Surge is occurred it can be damage the UPS itself then remain surge energy can also damage the Load which connected behind the UPS as well.
Note: Voltage Stabilizer, Voltage regulator, Line Conditioner are unable to protect the surge with the same working principle as UPS.

3. How to choose the Surge Protector ?

Answer: It’s difficult answer because we don’t know when the Surge will be and how strong of the surge will be, but the most common things to consider for choosing the size of the Surge Protector should be as follows :

2. The value of the protected equipments, as well as the indirect value, e.g. the down time of the failure equipments or the loss of revenue or the human risk, in this case need to choose the surge protector with best quality which can also protect the Temporary Over Voltages (TOVs) for example can protect both Transient 100KA at 8 / 20 μSec. And TOVs 10A 3 Sec at the same device.

9. What’s the good grounding system and lightning protection system should be?

2. In the event of lightning strike, if there’re many points of ground rods, then there will be several points of the difference ground potential which will be very dangerous for the system, therefore it’s required to common the ground which all the ground must be connected to the same Earth / Ground electrode system, and if separates there will be gradient between two grounding systems which could lead to flashover or even electric shock.

How ever Stabil Deep Earth Grounding System recommend to separate the lightning ground rod from the system ground rod which is different from above theory, any reasons behind that ?

1. As the Stabil Deep Earth Grounding System which has the depth from 12 meters and up it clearly identified to separate the System Ground rod (SG) from the Lightning Ground rod (LG) but if look deeply into the connection circuit actually the deep earth grounding of both systems are connected together same as standard ground system, but the deep earth grounding systems will connected together at the common earth point instead, which is the same principle of Equip Potential or Same Potential as the standard ground, this is as to avoid the voltage gradient at both grounding points due to lightning and surge strike events and as the deep earth grounding is bonding together at the common earth rather than at the earth surface point this will makes the connected electrical and electronic equipments are more safeties and not any effect at the ground surface level.

2. The Equip Potential or Same Potential is to make the different points of grounds to connect together as a virtual single point. This is as to make all points to be the same voltage and current when the lightning and surge present, therefore a model of standard ground has specified to connect the all the grounding systems together whether the lightning ground system, electrical ground communication or other grounds to connect together at the same virtual circuit and with the building structures this is as for the purpose of Equip Potential or Same Potential.

8. If we use the AC Power Strip Surge Protector with no grounded plug (Old plug with 2 holes) does it still working in order as to protect against the surge?

Answer: Because the electrical system in Thailand is TN-C-S, which requires a ground rod to install at MDB cabinet (Electrical main cabinet) and need to bond the Ground and Neutral together (at the MDB only), as of this no matter we use the 2-holes outlet plug with no ground or 3 -holes outlet plug with ground, the AC Power Strip Surge Protector is still work with the same performance, this is due to when surge occurred in the electrical system the AC Power Strip Surge Protector will rapidly bypass those surges form Line through the protector unit to Neutral wire and to the ground rod via MDB.

So in general the performance of the AC power strip surge protector no matter using 2-holes outlet with no ground or using with 3-holes outlet with ground if there’s ground rod installed at the MDB the performance is still the same, how ever if there’s no ground rod installed at MDB the performance of the AC power strip with surge protector will reduced to only 70-80% this is due to the surge will be bypassed to ground at the electrical transformer ground rod outside the building which is more far away, from experienced we’d recommend to make a ground rod with deep earth grounding system as to provides a maximum performance for Thailand areas, for example at least 12 meters deep in Bangkok or at least 24 meters deep in upcountry areas. 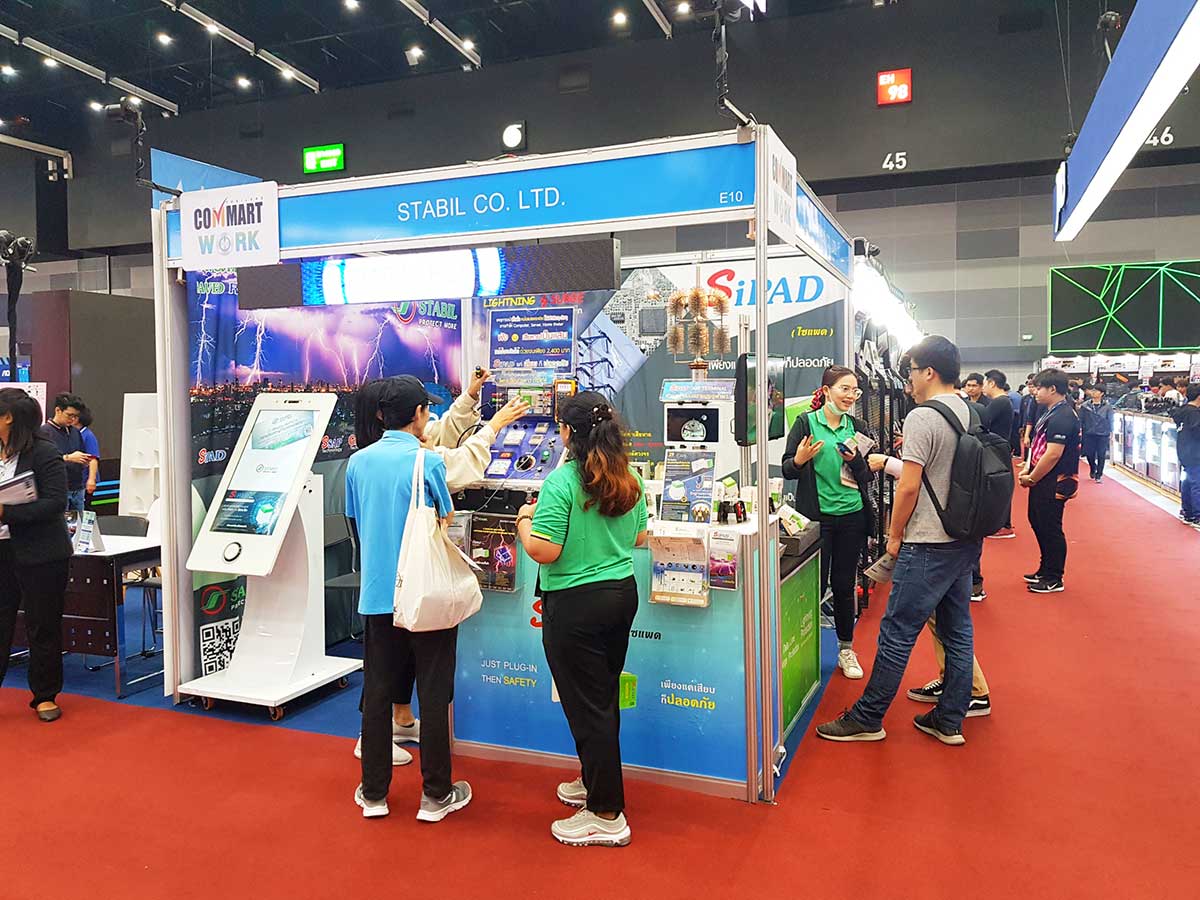